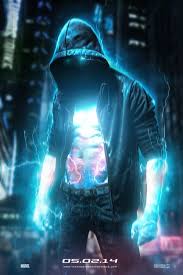 And of course we come to the sequel and premature end of the Amazing Spider-man series. I’m saying this right now, theatrically in 3-D this movie is freaking awesome. Without that? Eh, let’s get into that.

Picking up almost two years later, Peter and Gwen are graduating high school, Spider-man has gotten experience under his belt but the memory of Gwen’s father haunts him as well as the mysteries of his parents and the fear for Gwen’s safety. His long estranged childhood friend Harry Osborn reappears after his father passes away from a genetic disorder and the two reconnect until Harry comes face to face with the same infliction. Spider-man also finds himself put to the test when villain Electro appears after another Oscorp based accident occurs when Spider-man obsessed fan Max Dillon falls into a pit of genetically altered electric eels after being shocked- nope I ain’t making that up…oh and Sinister Six shit too…

If you really loved these movies, I’m deeply sorry you won’t get no kind of conclusion to the multiple plots left open because this movie is primarily world building fluff, sequel bait. Garfield is much better a second time around and the supporting cast does well mainly. My favorite part is Jaime Fox as Electro, accompanied by a interesting score I can’t get out of my head. The fight scenes are much cooler. My biggest problem is the amount of shit is crammed into the film which makes it feel bloated, and because this was the end of it and wasn’t continued, it feels largely pointless. Also, Rhino. Oh I don’t know what the hell made them think anything about Rhino was a good idea. I can’t tell you if Electro or the Goblin to be is supposed to be the main villain. Overall, in my opinion, it’s not a terrible Spider-man film but the overuse of universe sequel bait kills it.Best wishes and may the gaming gods bring you glory.

2 thoughts on “The Amazing Spider-man 2”