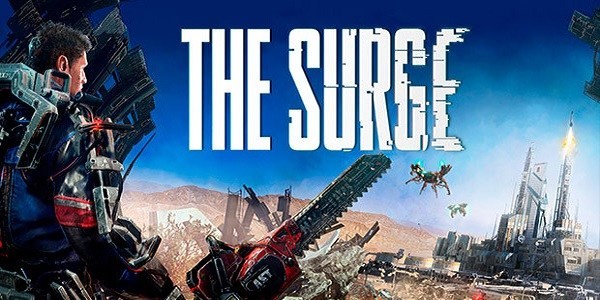 I don’t know what it is about Souls type games but they help me unwind. There is just something about having to adapt to a hard situation overcoming some huge obstacles, and feeling awesome after beating them. I also hate machines so a game that combines the uphill battle aspect and the destruction of our possible mechanical overlords was a game for me.

We play as a dude named Warren about to get a job at the Creo corporation . Warren is a paraplegic who is given a robotic exo- rig like a majority of Creo’s employees to help with the heavy lifting. During the process, Warren wasn’t properly sedated and blacks out, waking up in the wastes of there corporate facility. The rigs have caused the workers to go insane and the robots have turned. Armed with weapons and armor made of scrap, Warren finds himself alone to discover what the hell happened…

I found The Surge addictive as hell as many games of this type and while the combat mechanics are pretty similar to Souls or Bloodborne, there are some neat mechanics that make the game stand. Being able to decide whether to finish an enemy quick by aiming directly for there weak spots or trying to smash off there armored pieces and use them for yourself. I also love being able to bank my credits so I can explore more safely. While Warren is kinda bland as a character, the creepy atmosphere and weird enemies make up for it. My only complaints are pretty small like the upgrade system could be better and I have the wavering shoulder lights in the pitch black areas. In the end, the Surge is a cool game that’s a steal for free on PS+ right now and worth checking out. May the gaming gods bring you glory.

One thought on “The Surge”