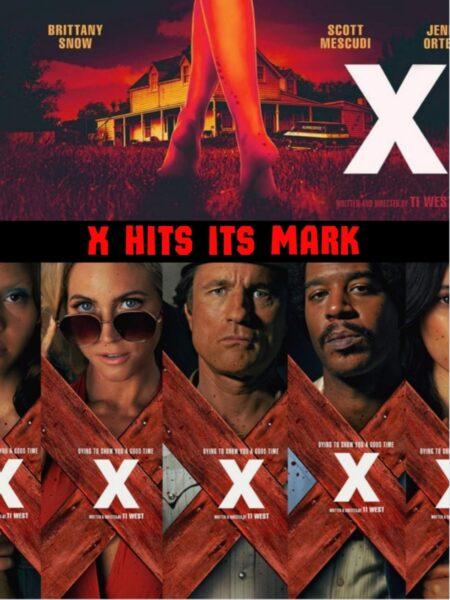 I don’t know what to say about this movie Mia Goth killed it. This movie is actually the perfect example of what would happen if you made an 80’s slasher movie except you convinced everyone in the movie actually care about the movie. Seriously everything about this movie, should not work.

Now truthfully I can’t say a ton about the story without spoiling it, but I will do what I can. See they leave their strip club that Wayne seems to own or manage so they can shoot their movie on-site. A farm Wayne rented in the middle of nowhere. The farm is legitimately beautiful. Whoever did the scouting for this movie did fantastic. The camera work is also great, they truly managed to capture the feeling of the 1970s without making it look like it is actually the 1970s.

After they get to the farm we meet this old man named Howard (Stephen Ure) that isn’t happy all these extra people are here. Howard is creepy as hell to be completely honest here and warns them to keep the noise down because his wife is right in the house.

I will leave the story here because truthfully any more and I risk getting too far into the story for one and for another I would basically have to start describing either sex scenes or murder scenes, and really wouldn’t you rather watch them? I thought this movie would be some horrible B movie but instead, I was treated to one of the best movies I have seen in a very long time. I am actually excited to see both the prequel Pearl and the Sequel. Best wishes and may the gaming gods bring you glory.