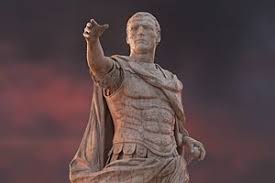 So I have decided to do this less as a review and more as a series of post on my thoughts as I play. You can find my first one Imperator Rome First Impressions.

I have bounced around a bit, played a few countries, got killed, started over and finally settled as playing Carthage because I wanted to create New Carthage and destroy Rome. It is probably a pretty standard goal I admit, next I will use Boi to take over a bunch of stuff cuz reasons.

Anyway, I am still having a ton of fun with the game but there are a few things bothering me that others have also brought up. This is mainly the games mana system. You get certain powers such as religion and military and others which let you perform certain actions, and I spend a lot of my time simply waiting for these things to build up. This is by no means a deal breaker, and I get they needed a way to balance things, but maybe they could boost it a bit so I spend less time sitting around waiting.

Aside from that, I really enjoy spending time planning wars, who I want to attack and when, forging new alliances and deciding what I need to trade the most. Changing history is always a good time for me and I can see myself playing this long into the future even tho I know paradox will probably screw us with DLC. A lot of other people have complained that many of the aspects of the game just don’t go deep enough, for example, you can interact with characters like Crusader Kingdoms 2, but not as in depth and by combining so many aspects of games but to a lesser degree you take away from the total experience. For me tho I simply don’t see it. While I can agree where they are coming from the enjoyment is still there and none of it seems overly watered down.

The game is still having bugs fixed tho, and it seems like this will be a bigger process than many expected so it seems like there will be more of these updates. Best wishes and may the gaming gods bring you glory.