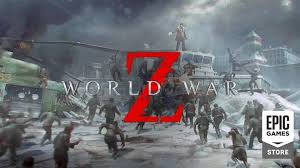 MAPLEWOOD, N.J. – March 26, 2020 – World War Z, the best-selling co-op shooter from Saber Interactive and Focus Home Interactive inspired by Paramount Pictures’ blockbuster film, is available to download and keep for free on PC via the Epic Games Store from today until April 2. The game is also on sale for 75% off on Xbox One with Deals with Gold from today until March 30.

In addition, players on both platforms can now play together in PvE missions and the wave-based Horde Mode Z (applies only to matchmaking on official game servers). PlayStation®4 crossplay is expected to arrive in the future. The latest update also includes new weapon variants with unique perks, balance improvements for PvE and Horde Mode Z, and four premium character skins available as a bundle or with the Season Pass.