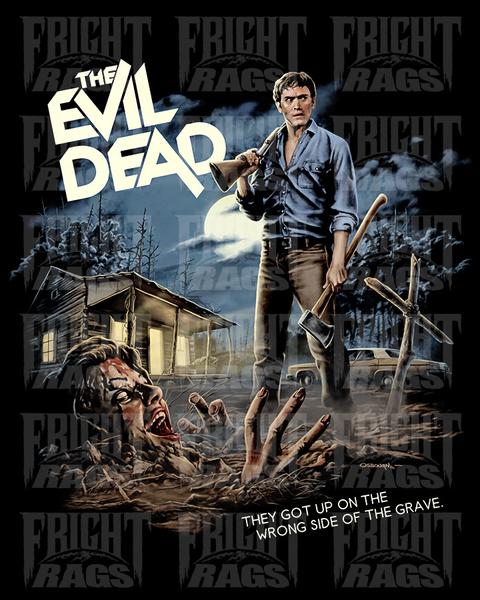 Before the one-liners, before the madness of Asliegh Williams killing Deadites in the middle ages, before the remake that took itself way too seriously and Ash vs Evil Dead (series) there was the gory, claymated wonder that was the classic Evil Dead. Like many wacky misadventures, Evil Dead is about a group of friends that go to a nice sweet little cabin in the woods. Things are fine until the basement door pops open and in the basement they find an old tape recorder and a peculiar book made of flesh and written in human blood- like we all do. On the recorder is a translation from a past victim of the book, who loudly recites the translated incantations, unleashing the Evil Dead on them. Malevolent spirits awaken, attacking and possessing the friends, turning them into disgusting demons. By the end, on the cusp of his sanity is the whimpy, meek, Ash but can he rise to the challenge?

I know I’m playing against the the gross opinion but I actually like the original Evil Dead best. I like the gritty filming and there is a good blend of WTF scenes that are funny actual horror. Linda, Ash’s girlfriend, creeped the hell out of me with her clownish make up and wide grin. The infamous tree rape scene holds up pretty well in my opinion and is still alarming. In the end, Evil Dead is a simple movie with a simple premise that is a damn awesome B movie I recommend checking out for the simple fact it is a fun horror movie of gore, slapstick, and some chills. May the gaming gods bring you glory, now it’s time to go to sleep:)