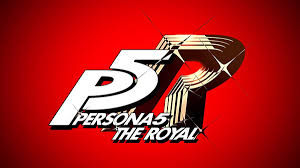 Persona 5: The Royal is the newest Persona revealed by Atlus. It’s a short video, only 45 seconds but reveals a new female character that seems to disapprove of the actions of the Phantom Thieves. Enjoy the video below and a rough translation from gematsu below that.

A short teaser commercial debuted following today’s Persona 5 the Animation: Stars and Ours broadcast. In it, a voice asks, “What do you think of the Phantom Thieves?” A new female character responds, “I think helping people is a wonderful thing, but if I had to say, I don’t like them. I don’t think the Phantom Thieves’ methods will make the world a better place or help anyone. In the end, I feel like you can only solve that yourself.”
Read more at https://gematsu.com/2019/03/persona-5-the-royal-announced-for-ps4#A27kFkIVOrrRCOcB.99