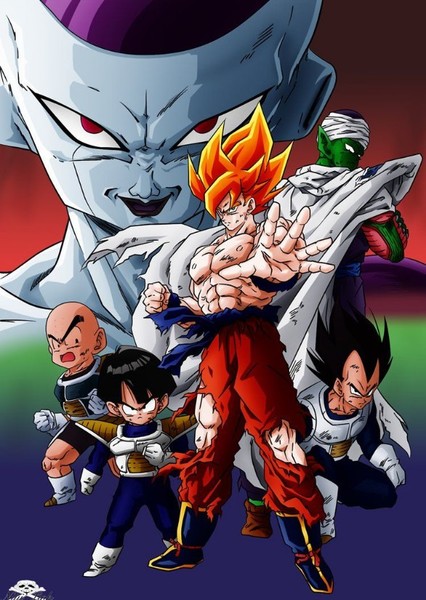 After defeating Ginyu at the end of the Dragonball Z: The Namek Saga , Goku is rushed into a Revitalization chamber while Ginyu hops around, stuck in the body of a frog. Frieza, a tyrant of seemingly unstoppable power, is approaching. While Vegeta sleeps, Gohan, Krillin, and Dende attempt to summon the dragon undisturbed. They manage to revive Piccolo and there Kami as well, and have Piccolo sent to Namek where he fuses with a dying Nail, becoming stronger than he thought possible. Frieza finds them, unleashing a new transformation just when our heroes believe they can win. Frieza brutally kills Vegeta, who tearfully tells Goku that he was a slave under Frieza his whole life and he never had a chance to be anything else. Angered Goku faces against Frieza’s final form but even with all his strength he can’t match Frieza’s might. His final solution: drop the biggest Spirit Bomb on Frieza he possibly can, having his friends try to hold him off. At first, it appears the bomb worked, but there hopes are quickly smashed when Frieza emerges, wounded and pissed, killing Krillin and mortally wounding Piccolo in a blink of the eye. Goku is furious, unleashing his rage in a frightening display, becoming the golden haired, aqua eyed Super Saiyan of legend. Suddenly the tables turn on Frieza, who is suddenly completely outmatched. However, he has a final transformation under his belt and uses his power to destroy the planet. Can Goku defeat Frieza before Namek explodes?

Here is where DBZ sold me. Frieza is a simple villain but his multiple, strange transformations and iconic voice make him one of the series most memorable bad guys. We see Gohan, Krillin, Vegeta, and Piccolo at some of there most badass but let’s face, Goku steals the show with his Super Saiyan transformation. Super Saiyan Goku vs Frieza on dying Namek is on of anime’s greatest battles and Goku’s Super Saiyan transformation set the standard for epic transformations in anime for decades to come. The finale is suspenseful as hell and ends on a great cliff hanger. This is one of my favorite sagas, despite the fact it’s pretty much one fight and Frieza does get annoying at times ( not to mention that son of a bitch can’t tell time to save his ass) but because of the awesomeness that is Super Saiyan and the suspenseful as hell climax and satisfying as hell end to Frieza, it’s one of my favorites and well worth a watch. May the gaming gods bring you glory.