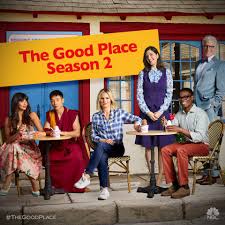 Season 2 of The Good Place picks up where season 1 left off. With them all-knowing what’s going on, Michael had to wipe their brains and started it all over again. Turns out this is about to happen over 800 times. None of the scenarios are entirely the same but certain aspects are the same. For example, Chidi always ends up helping Eleanor tho sometimes they are just friends and others they are a couple. The comedy and moral and ethical questions and the comedy continue.

By midway through the season, however, Michael has lost control of the neighborhood and has become working with our 4 main characters. He is even taking the same ethics classes with Michael as Eleanor in an attempt to be more human and trustworthy. They will, of course, get caught. The season is great and manages to recapture the magic of season one quite well. So check it out, and may the gaming gods bring you glory.

The idea behind The Good Place is a simple one, yet an interesting one. What if when you die you go to heaven and it is just a neighborhood where you live with your soulmate in an area perfect for you and those around you? Now, what if 1 person legitimately did not belong there and were supposed and should have gone to The Bad Place?

Well, the answer to that question is nothing good, and Eleanor is that person, and she will do anything to change herself and deserve to be there. Enter Chidi, a philosophy professor. Chidi will do everything in his power to help her be worthy of The Good Place.

During this season there will be plenty of mishaps, and hilarity. Giant flying shrimp, dogs getting kicked into the sun. The show does bring up many moral and ethical questions, and you will even find out that other characters don’t belong there as well. Kristen Bell and Ted Danson (Michael) have amazing chemistry. The twist ending where you find out they have all been in The Bad Place the entire time and they have been surrounded by demons running an experiment to make humans torture themselves. The show is actually surprisingly amazing and I am kind of sad I waited so long to watch it. Best wishes and may the gaming gods bring you glory.

So the Mighty Morphin Power Rangers The Movie was fun and goofy with pretty much everything about the show we loved. Well the classic series ended, then came Power Rangers Zeo, and a third series was coming in Turbo, because- 90’s. Turbo, which is one of the least popular Power Rangers series is one of the last to deal with the remaining original rangers. So how do these new rangers measure up?

The story begins with veteran rangers, Tommy, Adam, and Rocky training for a charity martial arts competition when Rocky critically injuries himself, leaving the group one ranger down. A new threat emerges in Diva Tox and her pirates who are on the hunt for a inter-dimensional wizard to reunite her with a lava demon so they can take the world over. The rangers find the wizard  but he’s taken quickly after a hostage exchange gone bad. With there Zeo powers rendered useless, Zordon bestows upon Tommy, Kat, Tonya, and Adam the new Turbo morphers and Turbo Zords while enlisting young kid Justin to act as Blue Ranger as they race to not only stop Diva Tox and save the wizard but also classic past rangers Jason and Kimberly.

As a kid I might’ve liked this movie but as I got older, this movie sucks. It pretty much feels like a really drawn out episode. Their isn’t hardly any action and you barely see the rangers in costume; the new Zords are pretty much just giant cars that become a bland looking robot. The acting isn’t great but I have to say the little kid Blue Ranger is annoying. For people that crapped on Power Rangers 2017, I have to say at least that movie had more going on than this movie which feels like a long episode and marketing tool that I can’t really recommend. May the gaming gods bring you glory. 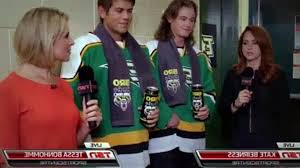 That I feel is what makes the show so great, it is simplistic and fun and it deals with things we all deal with while at the same time being so outrageous and out there that it is truly comedic at the same time.

The show honestly is pretty much what it has always been, and if you loved the other seasons you will love this one. So go check it out, and may the gaming gods bring you glory.

Season one of The Witcher on Netflix hit and it hit hard. People instantly fell in love with it and possibly the most catchy song in T.V. history. The first season is based on the first book and I am told by a friend that read it outside of having changed the bard’s name and some other minor details they haven’t changed much.

The monsters look pretty awesome and while I at first had many doubts about Henry Cavill to play Geralt of Rivia however he truly nails it I think. The characters will grow over the course of 8 episodes and with very good reason. You see most of the season takes place as a flashback with the exception of the Ciri. The show mainly explains how they all ended up connected by destiny in the first place. There are amazing fight scenes, great music and plenty of laughs.

I have played all The Witcher games and admittedly, I don’t like them. Sure the world and stories are great I just never got into the gameplay this, however, lets me enjoy it without that aspect. So go give it a watch, and enjoy the music below, and may the gaming gods bring you glory. 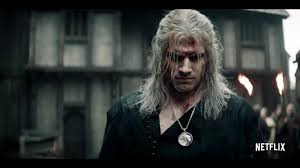 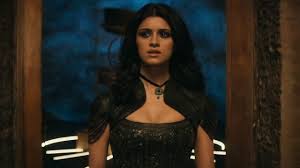 For a while now, I’ve wanted to look into Joe Hill’s body of work. With NOS4A2 on Hulu (which I sadly haven’t gotten down to read yet in my collection), we get a Netflix series based on the graphic novel series written by him. I really like the concepts show and there’s a lot that can be done with it. I definitely want to check it out. May the gaming gods bring you glory.

Has anyone ever picked up a licensed video game, yearning for the experience to live out your favorite series? You ever feel a heap of soul crushing defeat when you realized this game was crap? Well, good news, this post won’t be about that terrible experience.

Dragonball Z Boudakai Tenkaichi 3 is is the best DBZ gaming experience I’ve had. Combat is fast and the areas are open. The character roster spans from Dragonball Z ( The Saiyan Saga) to DragonBall Z: Buu Saga (Kid Buu) and the full list of movies while including key moments from the original Dragonball and Dragonball GT as well as having a few What IF segments that are pretty good. The roster is impressive, including transformations that are show accurate; Saiyans can go ape during the night stages, you can fuse Goku and Vegeta as well as Goten and Trunks mid fight and the story mode evolves as the story does, instead of multiple one fight missions. Besides a full sized story mode, there is also a variety of tournaments and even a mini RPG surrounding a fight with Cell. Throughout the story, Dragonballs are hidden throughout  the environments and once all 7 are collected, the Dragon can be summoned and exclusive items can be found which is epic as hell. The entire time, I felt like I was in the show. It’s one of my favorite fighting games of all time and I highly recommend checking it out if you have a Wii or PS2. May the gaming gods bring you glory.