This is going to be a quick post, but a juicy one for the Bat fans out there: our first look at Rob Pattinson in the iconic Bat-suit. I love the Batman: Arkham Knight kinda vibe with the armor and I love the idea of the symbol being forged from the gun that killed his parents. I’m excited to see the coloring on the suit, but so far the look is brooding and realistic and a welcome sight so far. May the gaming gods bring you glory.

I’m going to be the guy that will tell you I appreciate the Ghostbusters movies, I don’t have the nostalgia this trailer hopes I do. Not to say it doesn’t look promising; I have 1,000% more interest in this sequel than I did the remake a few years ago. I’m curious how the ghosts will come out. I got a The Force Awakens  vibe from this trailer which I thought was pretty cool. In the end, I hope the fans love it and may the gaming gods bring you glory. 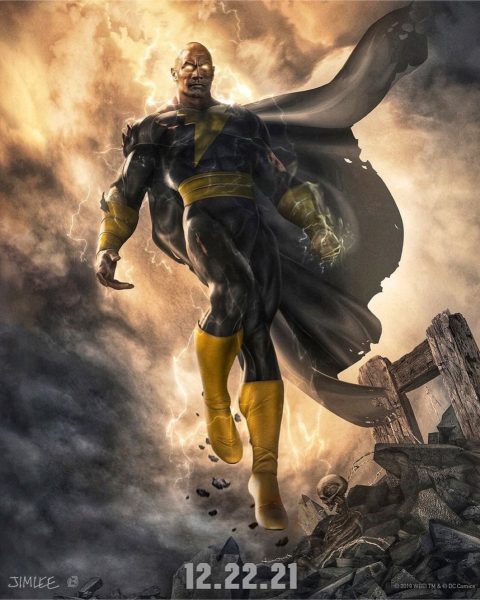 If you watched Shazam and know you’re DC lore, you picked up on the Black Adam references but surprising revealed Mr Mind instead of him in the after credit scene. I’ve heard whispers that Black Adam is set to face his nemesis in Shazam 3 but I haven’t seen anything concrete to substantiate this. Anyhow, Adam is getting his own movie without Shazam;  Dwayne Johnson is playing Adam the movie, as the poster depicts is coming  out 12-22-21. Honestly I love his look and I like the grim god-like presence he has in the poster. I’m a bit worried Adam’s story may come off too humorous or they may try making him too much of a hero instead of the tragic, badass villain/ antihero he is. Time will tell. May the gaming gods bring you glory. 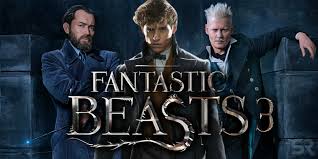 There truthfully isn’t a lot to say here, while the movies haven’t been flops they have admittedly been criticized for numerous reasons and haven’t exactly been as successful as it was hoped in theaters. That being said come 2020 the new one will be starting to film soon and be released most likely in 2021. This has been mixed for most people I know, with some being happy to hear it in hopes that this one will be the tipping point where it becomes a true successor to Harry Potter while others are upset they have to wait. Regardless, this is where we are. Best wishes and may the gaming gods bring you glory.

As reported by ScreenRant Dan Aykroyd has Ernie Hudson and Sigourney Weaver in the Ghostbusters movie set for 2020. The movie has been said to really focus less on the old stars from the first two movies and more on a new generation of busters.  There is however no word on whether or not Bill Fucking Murray (Yes his name should always be said that way) will be returning to his role, tho hopes are high that he will after he recently said he was open to the idea of returning.

Truth be told I don’t have high hopes for this movie. Nothing against these legends, it has just been so long since the 2nd one that I feel a third is essentially a nostalgia cash-grab similar to my thoughts on Top Gun Maverick Trailer. However, I will be open-minded to see what happens. Best wishes and may the gaming gods bring you glory.

Well, if they were trying to keep us guessing, they are doing a good job because I don’t know what the hell in going on in this movie so far. Beside most of the trailer being stuff we’ve already seen, I am looking forward to the rematch between Rey and Kylo Ren. My question, look most of the internet’s is, how the hell did Rey go Sith? Her compact red dual bladed saber is pretty cool but I can’t help but kind of groan after seeing her turn; while kind of a Mary Sue, I do genuinely like Rey as a protagonist and I liked her arc in The Last Jedi (second opinion) . While my interest has smouldered a bit, I’ll still check out the final entry in the Skywalker saga. May the gaming gods bring you glory.

By now many of you know, but just in case Jessi Combs, former host of Xtreme 4X4 as well as Mythbusters passed away in a tragic Jet-Car accident while attempting a land speed record. She has previously held records for this and this attempt was reportedly trying to hit around 500 miles an hour. She will be greatly missed by many, and we at Savior Gaming hope the gaming gods bring her and her family peace and glory.