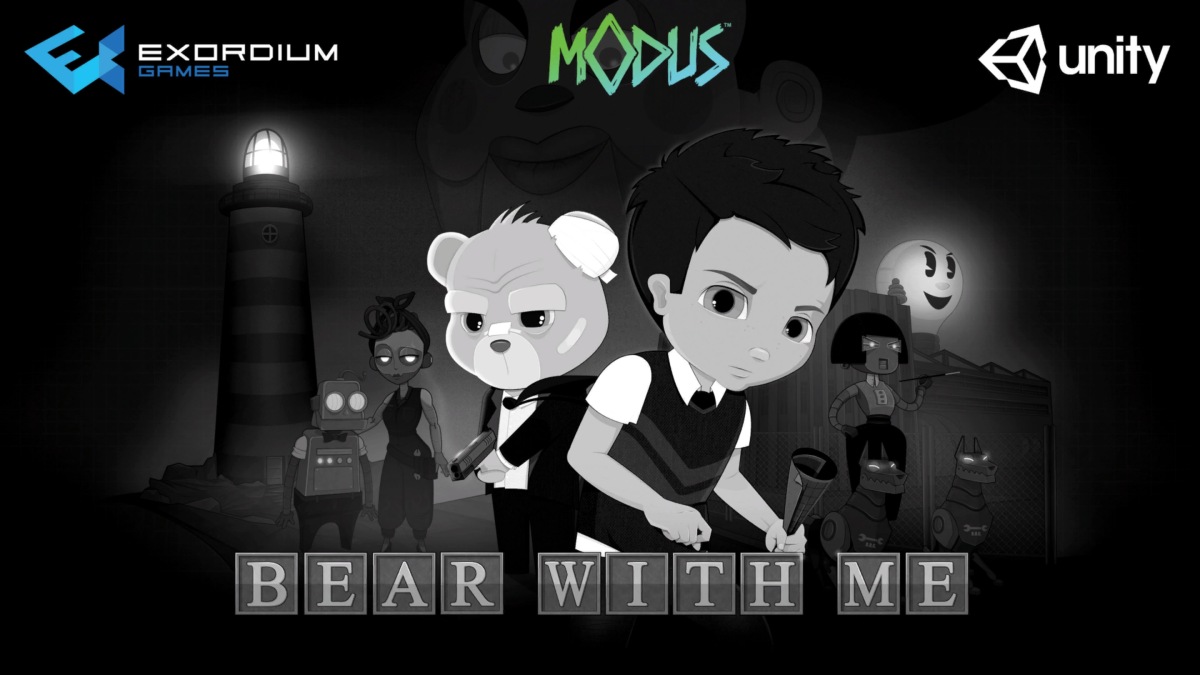 As always, the first thing I want to do is say thank you to the guys over at Modus games for hooking me up with a review copy of Bear With Me- The Lost Robots. It is a prequel chapter to the rest of the Bear With Me series, which is also available on Playstation 4 with the Bear With Me Complete Collection, which as of now I have not played.

The second thing I would like to do is apologize for this review being a bit later than I would have liked. There was a pretty nasty storm earlier this week that knocked trees down and caused some flooding and as such caused some internet issues for many in the area that I am still trying to get sorted out.

Now, onto Bear With me. The game stars Flint and Ted E. Bear as they try to solve the mystery of, you guessed it, the lost robots. I feel I have to say, I don’t like point and click adventures. The story is usual meh at best and you send all your time blondly clicking trying to figure stuff out. I went into this thinking I love Modus games but hate this genre but because of who it was I wanted to keep an open mind and I am glad I did. Paper City is full of interesting people that are well written. The sounds are nothing short of stuff and well placed and even the music tells you exactly what the setting is.

The writing tho is where this game truly shines. Flint and Ted just compliment each other well. Ted is a smart kid with problems of his own that clearly is only helping for the sake of his sister, but this doesn’t dampen his enthusiasm. Ted is a sarcastic, cynical and some times lazy bear that is good at his job. At one point I kept looking at a projector just so Flint would ask Ted if he could fix it because I enjoyed listening to Ted tell me even if he could he wouldn’t because there was one directly next to it that worked.

The excellent writing doesn’t end there, I am not ashamed to admit there is a chameleon named OCD that I discovered if you examine his bulletin board Ted will pull down a story and tell him it has a typo. The results kept me occupied longer than I would like to admit.

Above you can see OCD just minding his own business editing the local paper.

Now if you look above you can see what happens when Ted tells him there is a typo. He will freak out and start all over again. The game is full of small details like this. Most of those papers on the wall can actually be examined to get a small piece of dialogue, most of which are some sort of witty joke or pun.

I don’t want to give to much away since the entire game is based on these interactions and everything I have talked about so far was very early in the game. They are by no means the best or even only such things you can do. The story itself is also well written and has its own twist and turns that are worth diving into all on its own. If you are a trophy hunter the game is also pretty good for that as well. There is just really no reason to not check this game out, more so when you look at its price point. A solid 8/10 game that would do any collection well. Best wishes and may the gaming gods bring you glory. 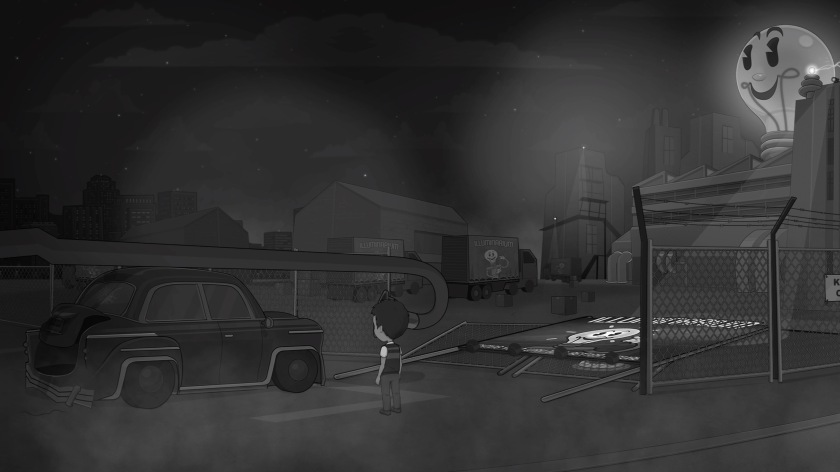 Ted E. Bear knocking over a sign and fence with a car.