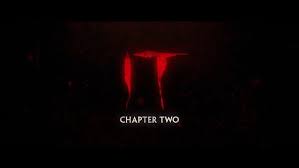 This one is hard for me to review. Any long-time followers know I loved the first chapter. It was one of my favorite movies of 2017. Which is why it pains me to say Chapter 2 is a huge disappointment to me. There was no reason this thing should have been almost three hours long.

It started out so strong is the worst part. One of the biggest things I disliked about the original was how long it took to introduce everyone as adults. This time around they got it right, it took much less time an got us right to the point. The group regathers and we get down to business.

This is at least what you would think. This is when we spend what feels like hours in flashbacks as they collect tokens for the ritual they will use to defeat this evil entity. It doesn’t stop there, unlike most of the scares in the first one, this is almost all jump scares, and mostly not even good ones. You could see them coming a mile away, even the woman next to me that screamed easily at first was laughing halfway through the movie. Yes, the movie was more funny than scary for many of us in the theater.

There was also like a 5 second musical part that was really out of place. Seriously, a monster spews black stuff into a guys face, pop music kicks in, stops and that is the end of it.

The movie wasn’t all bad by the way, the laughs were good and I enjoyed the special effects. The casting was also possibly the best I have seen in a movie in years. The adults were damn near perfect for each of the children and they even really come across as old friends coming back together.

The biggest issue tho is the pacing is all off, it never should have been so long. A ton of the movie was unnecessary. I won’t mention the ending because I don’t want to spoil that, but I hated that as well. This is one you should wait for Netflix or Redbox, Best wishes and may the gaming gods bring you glory.

4 thoughts on “IT Chapter Two (Review)”