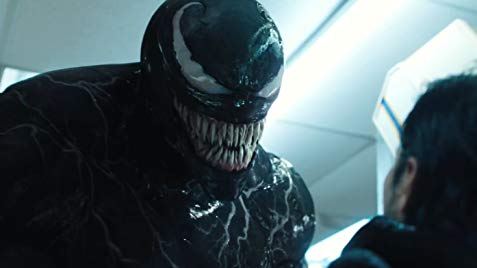 I’ve been following the Venom movie pretty closely, especially since the rumors began that it was going to be rated R. With the huge successes of Deadpool , Deadpool 2 , and Logan as well as the fact it wasn’t a part of the MCU I imagined it’d be no problem getting a R rating. Well, it’s PG-13 which is pissing off much of the nerd community. I understand, the first thought that comes to mind is the watered down, corny Venom of Spider-man 3 ; another foul taste that comes to mind is the unwise choice of making The Dark Tower PG-13. While the Dark Knight and Dark Knight Rises made the absolute most of there PG-13 ratings, I have to admit I’m seriously doubtful now about this movie. I think Tom Hardy will be great, I think the creature effects will be great, but everything else will be played out. I pray I’m wrong, but time will tell. May the gaming gods bring you glory.