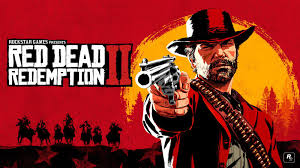 First I feel obligated to say this, this is my opinion on the fact that spoilers are being out there, this is not a place where you will find those spoilers. So if you want those spoilers, keep looking. If you are worried about them, you are safe.

As with all big releases, leaks and spoilers happen. Now to an extent what people count as spoilers is a bit weird and vague, like a map really isn’t a spoiler. It tells you nothing of the story or what happens when you get there, it is just a map. Some generic game play also isn’t a spoiler. Sadly like all other stuff if you know where to look other stuff is being leaked, some of it clearly a joke like ” Arthur kills john” which we know isn’t true. However this trend of ruining big triple A titles really needs to stop, especially considering chances are the ending will most likely be everywhere by the time the game launches, much like the ending to GTAV was. So as always everyone, be kind, don’t ruin the damn game, best wishes and may the gaming gods bring you glory.

4 thoughts on “Red Dead Redemption 2 Spoilers are Sadly Happening, but not here.”