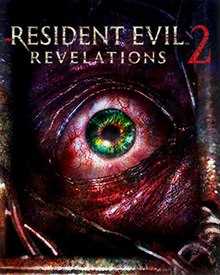 Taking place between Resident Evil 5 and Resident Evil 6 we join series veteran Claire Redfield waking up in a abandoned prison on a desolate island with her new assistant Moira Burton, Barry’s daughter. They find themselves being watched by a sinister presence called the Overseer who has left Claire, Moira, and there team with a virus triggered by there fear as they face the wretched experiments inhabiting it. Meanwhile, Moira’s father Barry tracks her down meaning to rescue her, while meeting a strange little girl named Natalia that can sense the creatures lurking around. Can these two groups survive the clutches of the Overseer?

This game was kinda tricky to call in my opinion. I like the creepy atmosphere and eerie music, plus the fact ammo is hard to come by which is nice. I like how fluidly the switch between characters is and Moira and Natalia are good support characters but sometimes the gunning characters can feel useless without ammo, where the other 2 feel more useful. I have to say the revelation of who the Overseer is actually pissed me off and as for pacing, while shorter in theory than the first game, it feels more like a slog. In the end, it ain’t a bad game but not the greatest in the series and I highly recommend having a buddy to play with than dealing with the meh A.I. May the gaming gods bring you glory.

One thought on “Resident Evil Revelations 2”