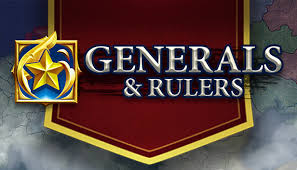 Generals & Rulers by Hamsters Gaming and they were kind enough to hook me up with a review copy of the game. The game for me is best described as a grand strategy game for people that don’t have a lot of time. A lot of the finer points that normally take a ton of time to learn and master have been simplified.  Taxes are based off citizens and research you have, which you can then use the money to buy more scientist and troops. Scientist will increase how much research you get per turn and you can use that to research whatever you want, upgrades to troops, diplomacy or whatever else you want in the pretty extensive but simplified tech tree.

War is also quite simple. It is a matter of picking an amount of troops you want to send to a country, and they will simply go instantly that turn. The rest will stay behind to defend your country. There is no need to move troops to certain locations within your borders.

The amount of countries to choose from is quite impressive for the price point of the game, at least 50 depending on which era you play in but it goes as high as about 100, and there are 10 troop types, which does match some Paradox games tho admittedly  how useful each individual troop type is can be debated.

The game itself however is fun, and if you don’t have a ton of time to play and learn this type of game this one is for you. Each round can be played in a few hours and there is plenty of reason to play again since there is a bit of a difference in each era and each play through. The game however isn’t perfect. If you are used to playing games like Hearts of Iron or Crusader Kings 2 you will be pretty disappointed as there are no where near as many options for building or marriage and such. For $12 tho, it is worth it if you want to see if you enjoy this type of game. Best wishes and may the gaming gods bring you glory.