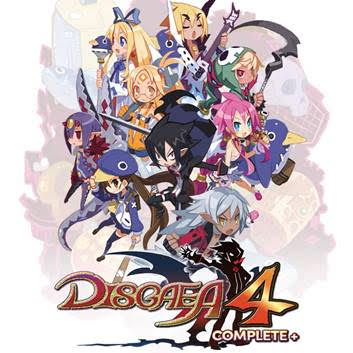 Hello everyone, it is that time of again where I give a huge thank you to my friends over at NIS America for hooking us up with a copy of Disgaea 4 Complete +. Disgaea 4 as actually the first game in the series I played so when I heard there was a version coming to the PS4 with everything that has ever been in the game included with updated graphics and sound I just had to have it. So getting to play it for weeks in advance, you have to belive I was more than excited.

To get us started, the story about a vampire named Valvatorez, a vampire that ruled as a tyrant before swearing to never drink human blood. Doing so cost him all his powers, and reduced him to nothing more than a lowly Prinny instructor, possibly the lowest job in all of Hades. However when the Corrupterment starts making life difficult for him and everyone else in Hades and causing the honorable name of demons to be sullied Valvatorez won’t sit by and allow it to happen, so he and his trusty right-hand werewolf Fenrich will recruit an army to set things right.

The gameplay is pretty standard Disgaea. It is a turned based strategy RPG that will see you attempt to outmaneuver and overpower your enemies through the use of magic, skills, and geoblocks that chance the attributes of the squares you stand on. Some are beneficial for you so as upping your attack or defense, others help your enemies in the same way. Some are equal opportunities for whoever is on them while others just make life miserable by warping people around or being impossible to pass them. These can be manipulated tho by moving or destroying blocks. You can even change the colors of squares by destroying different colored geoblocks to damage enemies and suck.

Graphically the game is beautiful, a nice step up from its PS3 release back in 2011. There is a new level of detail to the character models and the levels themselves which is great to see. The sound is also superior to the original release tho none of this is at all surprising considering the substantial time gap and system upgrade.

The game itself, however, has insane replayability, and can actually be as hard as you want. you can beat the game around level 60 or 70 if you want, or you can go all in and level up to level 9,999 and do insane amounts of damage up into the hundreds of thousands. If you want you can create a party of pirates to harass other players in the item world. The item world lets you level up your items to insane levels and increase their powers while leveling up your characters. There are also at least 30 characters to unlock and entire dungeons designed just for the post-game.

Truthfully any fan of Disgaea or strategy RPG’s in general need to pick this one up, the game is a solid 9/10 and I will be playing it for a long time to come. Best wishes, may the gaming gods bring you glory, and all is for my lord. 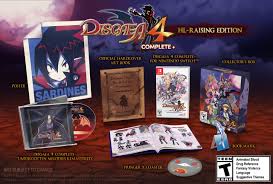 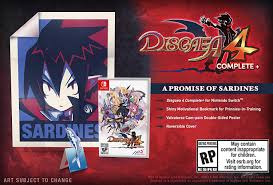 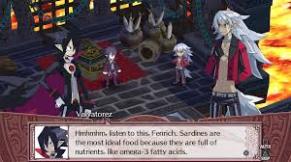 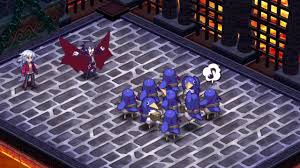