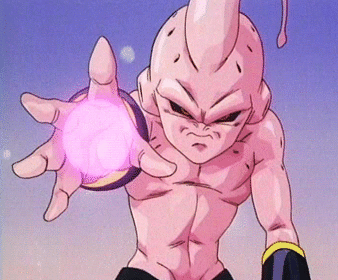 We come to the finale of DragonBall Z and the true terror of Buu is finally realized. Trunks and Goten have perfected the fusion technique; Gohan had his ultimate potential unlocked by Elder Kai; and Goku and Vegeta fuse using Supreme Kai’s earrings, becoming the nearly unstoppable Vegito but nothing stops Super Buu from absorbing them, growing ever more powerful. After absorbing Vegito, he becomes the terrifying fiend Supreme Kai warned them about. The maniacal, giddy child like Kid Buu immediately destroys the Earth and everyone on it. Goku and Vegeta manage to survive inside Buu, but can they destroy this final enemy once and for all?

While the Buu Saga wasn’t my favorite saga of DBZ, there are some awesome battles in the finale. Buu is overall a interesting foe for the Z Fighters to face, and Kid Buu is pretty creepy and badass. Like most of the saga, it is overdrawn but unlike Dragonball Z: Buu Saga (Tournament)  and DragonBall Z: The Buu Saga the final season stays mostly on the main plot. Overall, it’s a good way to end an amazing series and I can’t recommend Dragonball Z to new anime fans. May the gaming gods bring you glory.