As always with these thing, my first order of business is to thank the great people at NIS America for once again hooking me up with a review copy of this one.

Second this review will be a bit different, The prinny collection is two separate games in one, so I will give a quick run down of each, what I thought of it and give you a score.

First game on the block is Phantom Brave: the Hermuda Triangle Remastered

Phantom Brave is about Marona and Ash solving issues around the Ivoire Islands. Marone has the ability to summon phantoms to battle enemies, though she has to stick them into trees and bushes or weapons that are laying around. The concept is nice and it makes for some interesting choices to make in combat. Certain allies are better inside of certain objects, for example do you put your healer or mage inside of the bush that will raise their magic abilities?

Each summon will only last a set amount of turns and when they disappear so will the object they were in, so you can’t summon everything at once the start or else you and Marone are fighting alone, and in a tactical RPG that is pretty much a death sentence.

There are no major issues within the game such as game breaking bugs but there are some issues. The game looks good, but the options to change the settings don’t always seem to do much which is a bit odd and after the release day update the crashes seem to be gone in my experience but some reviewers report they still exist, so I am very open to the idea that I was simply lucky. I love tactics games but Phantom Brave for me is a miss and with the current issues while absolutely playable, I cant give this more than a 6/10. The music is great but I don’t see the hype for this one.

Next up is Soul Nomad & The World Eaters 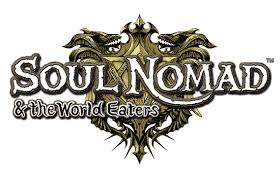 This game is going to be a weird one for me, because to start I have to say, oof. This game spells the word leader,”leaber” right out the gate. That should tell you the level of we aren’t fixing a damn thing we are looking at here. Even the graphics are pretty much just upscaled and while Phantom Brave is running at or near 6FPS, don’t expect that here.

That being said, I am here for the whole 30 hour ride that it takes to see multiple endings. This game does nothing new at all, but Gig as a villain that lives in your head does not have a care in the world. He has waited 200 years for his chance at freedom and he is happy to insult you for however long it takes for you to let him take your body. And while they could have taken out the fact he calls you and your friend retarded, they didn’t.

This is however at its core, just another tactical RPG similar to Shining Force or Final Fantasy Tactics. Nothing about it reinvents the wheel or even makes it better, and outside of Gig even the characters aren’t special and as far as remasters go this one is lazy. It is a fun play through, but I can’t in good conscience give it more than a 7/10

This will sound weird though, while I did give the games a 6 and 7 I am going to score the actual title itself as an 8 and here is why. For $40 you are still getting two full games in one set, one of which that even if I don’t get it many people love, and it is the definitive edition with Phantom Brave and on PC its $20 anyway. Soul Nomad is also a game many people missed out on playing and in my opinion a 30 hour game that is solid also isn’t a bad deal. Best wishes and may the gaming gods bring you glory.