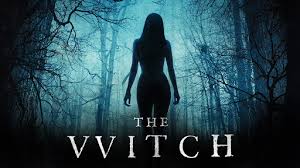 The Witch (2015) is an odd film for me. It involves a family on a farm who have lost a son and is being tormented by a witch. As the movie goes on this family in the 1600’s becomes more and more paranoid.

I won’t get into to many specifics on the movie or its story because honestly the fun of this movie is deeply dependent on not knowing much about the story itself, and I worry by telling you too much I will spoil the experience. The acting is well done and as a period piece it is actually one of the best I have ever seen. As far as I can tell most of not all of ti was filmed using natural lighting or at lighting for that time such as candles. The clothing choices also seem to do a very good job of matching that as well.

The sound of it all is also rather nice, with the actors doing a fair job at talking in an older dialect of English. I do however have a few issues with the movie. First off the movie can only sort of be called a horror or thriller movie since it rarely attempts to do either of those things. There also wasn’t too much excitement to be had. The story was interesting, and the last 20 minutes or so was great but I would have liked a little more.

The movie itself however is only worth watching for certain people. I don’t mind a slow-paced period piece so for me it was a pretty good movie. The story was interesting and the religious zealousness was pretty well done. However, for those looking for a fast paced and exciting horror movie, this is not what you are seeking. Best wishes and may the gaming gods bring you glory.