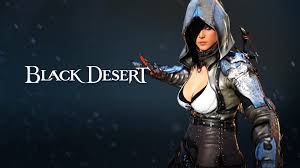 As always with these reviews, huge shout out to Pearl Abyss for sending me a review copy of Black Desert. It is always appreciated when a company takes the time to reach out to us and hook us up, and I like to be upfront about that. So how was the game? Let us discuss it.

First the story. The story starts when you wake up with no memory and a dark energy speaks to you. This leads you on a journey to rediscover all you have forgotten as well as for more dark energy. There is far more to the story, but this is just the opening act. I don’t want to give to much away as the real hook to any RPG whether it be MMO, action or turn-based is the story.

I bring that up because this game is at its core an MMO but the combat is pretty action-based. R1 and R2 are your light and heavy attacks for example with L2 being used to dodge and L1 being a different attack depending on the class you pick. You can also use different combinations of buttons to use different attacks still. There are still hit points and magic points, of course, tho you won’t be able to see the enemy HP at first. There is no special skill required, just knowledge gained from fighting more and more enemies.

The combat works pretty nicely and I actually found myself enjoying it more than I expected I would. In fact, I have no real complaints in the combat or story area. They both function pretty well and while they aren’t perfect, after all, nothing is, they do add to the experience.

Graphically is where my complaints come in. The game looks good, but there are some glitches that I think should have been dealt with prior to release. They aren’t huge issues nor are they exclusive to this game, in fact, they have been present in most open-world games that have released. Numerous times tho I have gone to talk to a character and their characters either aren’t there or basically just a shadow. Here are a couple examples of what I mean.

They did pop in shortly after, but it was still a bit disturbing the first time you walk up and see this. There was also an occasion where a random NPC was just hanging out floating in the air. Also not a rare glitch, and quite entertaining, but it is a thing. 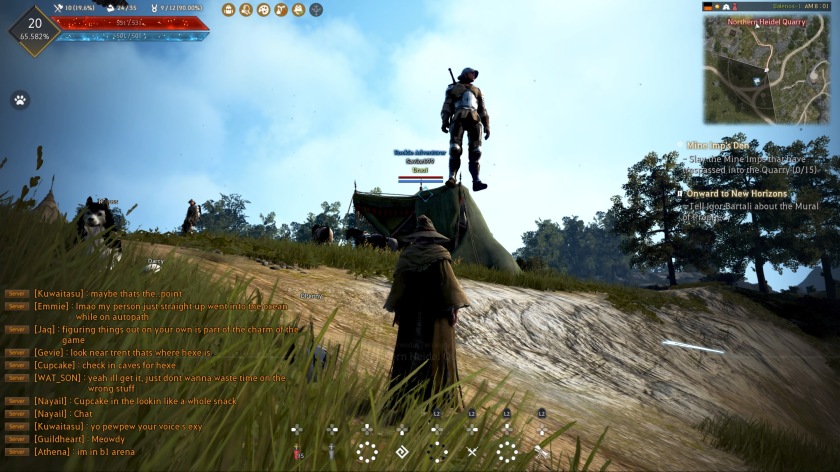 Also don’t mind that my character at this point kind of looks like Gandalf the Grey, that was 100% not on purpose, but it was appreciated. This is him a few hours in.

There is a lot to do in this game by the way, easily hundreds of hours of content if you feel like doing it. There is crafting and fishing, houses to buy, trading to do and this is without getting into guilds and multiple characters. I am playing as a wizard but there are archers and warriors as well as berserkers and they are adding more characters as time goes on. The PC and Xbox version have far more as of right now but they will be making their way to the PS4 in future updates I am sure.

The game isn’t great, and it is far from the best MMO on the PS4. However, if you are a fan of them, this one may be worth checking out for you. It can be a grind, but its a grind many people do enjoy and so far I have liked my time with the game and will continue to play it well after this review is done so look for the occasional update. For now tho because of the graphical issues and the occasional connection issue I have to give this one a 7/10. Best wishes and may the gaming gods bring you glory.