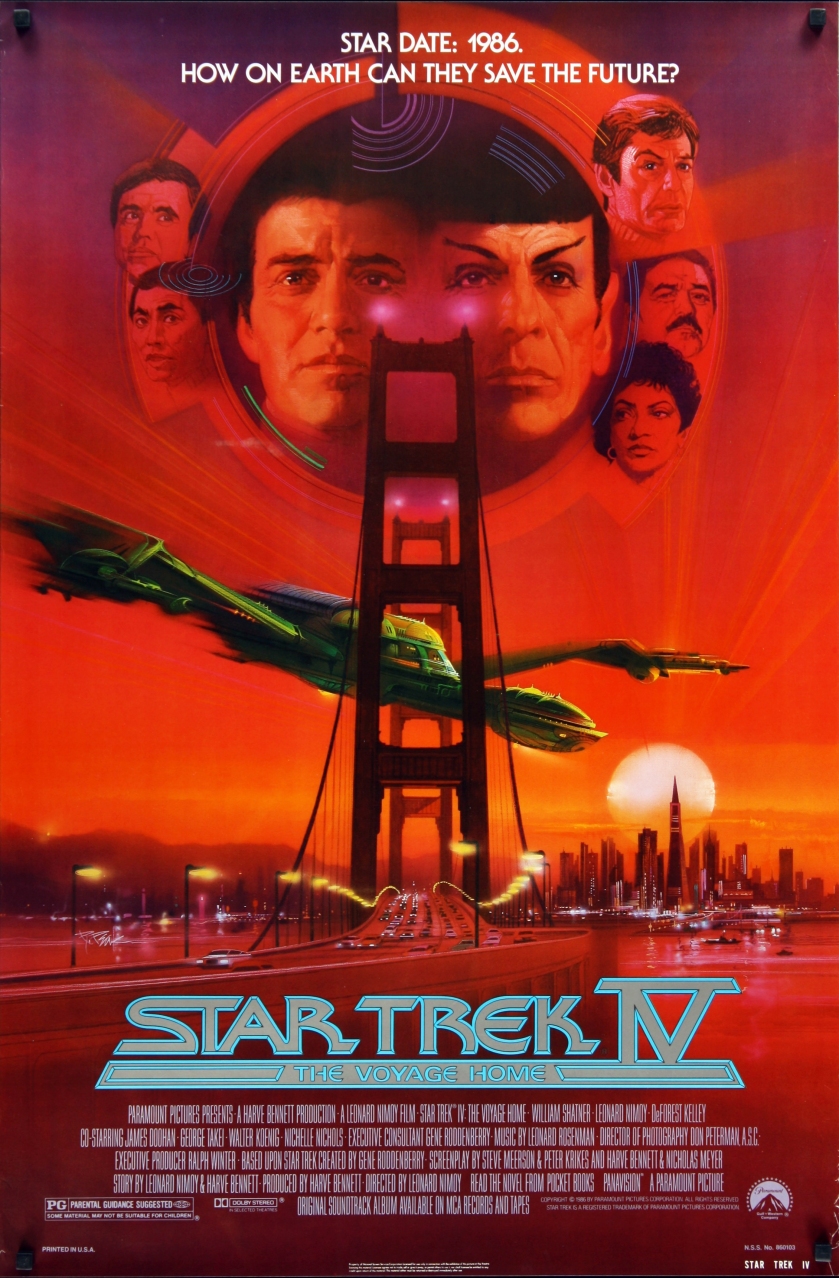 Star Trek 4, The Voyage Home (1986) is, in my humble opinion, is the best of the original series movies.  The plot is pretty simple. A probe comes to Earth with a message that starts boiling the ocean and destroying the world, and as Spock points out only human arrogance would assume the message was for them. As the crew quickly discovers the now extinct humpback whales are the only one that can answer them and save the planet. So Spock does some calculations no human can understand and their stolen Bird Of Prey is flying back in time.

Of course they quickly discover a pair with a pregnant female. Now that is basically the quick version. The movie looks good for its time and the acting is what you would expect from Star Trek. This one while my favorite is by many sort of the black sheep. While most people agree the odd numbered movies suck, this one is greatly argued by many. Usually it comes down to this or Wrath of Kahn and honestly neither answer is wrong. Voyage is a far less series movie and many would prefer while Kahn is an instant classic with one of the best space battle scenes in history. With that being said id recommend watching both. As always thanks for the time, and may the gaming gods bring you glory.

One thought on “Star Trek 4 The Voyage Home”