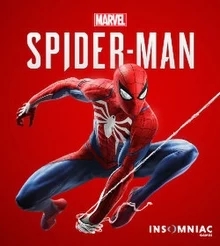 The game takes place years after Peter Parker was fatefully bitten by the radioactive spider. Here we see Parker working for Octavious Industries, a upcoming scientific company lead by Parker’s mentor and dear friend, Otto Octavious, who is working on a series of cybernetic prosthesis.  Aunt May works side by side with Martin Li, founder of F.E.A.S.T, a philanthropic organization dedicated to helping the homeless. Parker and Mary Jane Watson have split up and there relationship strained but find there paths crossing as MJ becomes an investigative reporter for the Daily Bugle. Norman Osborn has become mayor while his son Harry is “away in Europe”. After bringing down Kingpin, Wilson Fisk, a new villain appears, leading Spider-man to fight the sinister 6 lead by one of his greatest adversaries and fallen idol, testing everything he stands for along side Mary Jane and young Miles Morales. Enter Doc Ock…

This maybe my favorite version of Spider-man. While I adore Spider-man and Spider- man 2 as well as Spider-man: Homecoming and Spider-man: the animated series , the game’s story gives me pieces of what I love about all of those titles with a great story of it’s own. The story is a perfect blend of lightheartedness and pathos with a hell of a lot of Spidey’s villains. Combat flows beautifully ans while it takes time to get used to it, when you do you feel like an absolute badass with a huge mix of attacks, gadgets, and environmental aids. Web Swinging is truly flawless, quick and smooth, you’ll find yourself having a blast swing through New York visiting real and fictional landmarks. The game offers a lot to do and about 90% is fun as hell. For the Marvel fans, there’s plenty of famous landmarks to visit, plenty of Spidey’s iconic costumes to acquire, villains to fight. The only complaints I have are that boss fights are too easy and the stealth sections with  MJ and Miles while not horrible, do break the immersion for me at times. In the end, Spider-man is the best game I’ve played all year and I highly recommend it. May the gaming gods bring you glory.