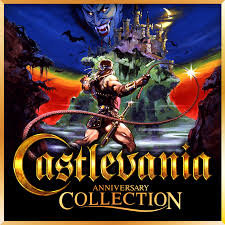 Konami took their time, but we finally have a full list confirming all 8 games coming with the Castlevania Anniversary Collection. It will include the first 3 released on the NES as well as Super Castlevania from the Super NES (making 4 games) Castlevania The Adventure (Gameboy) Belmonts revenge (also Gameboy) Bloodlines from the Sega Genisis and to finish  the 8 games Kid Dracula which received a remake sequel of sorts on the Gameboy but was this version was a Japan-only release.

Honestly, for any fan of the series or anyone wanting to try it out, eight games for $20 is a steal and you should give it a shot. Best wishes and may the gaming gods bring you glory.