A very underappreciated show from my childhood that blends teen drama with superheroes, X-Men: Evolution was a short lived show that changed my life and helped me see things. Not only do we get to see our favorites like Wolvy, Cyclops, Storm, and Beast, but we get many other favorites throughout like Nightcrawler, Kitty Pryde, Spyke, and a huge host of others as well as villians like Magneto, Mystique, Sabretooth, and Apocalypse at the very end. While the show doesn’t reach as far out into the lore like it’s 90’s counterpart did, it dwells on the lives and depth of its characters just as much. There are more characters that are more flushed out than others and because of the early 2000’s timing, it can’t come as close to the dark subject matter as the 90’s cartoon could get away with. I did find myself attached to it’s characters though.and there is some cool action throughout. In the end, it is worth checking out. Best wishes an may the gaming gods bring you glory. 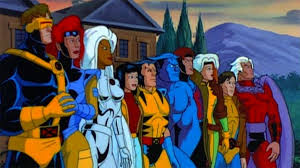 Only in comparison to Batman’s animated series, there was X-Men’s and Spider-man’s. The 90’s X-men series recounted some of the mutants most coolest adventures whether fighting the Murlocks or The Brotherhood of Mutants or the planet shattering Apocalypse and Dark Phoenix sagas. We get to join our favorites like Wolverine, Cyclops, Storm, Gambit, Beast, Jean Grey, and Professor X and many others throughout the series. It is a pretty dark show and there is a lot of social commentary for the older folks like myself. A small problem I have with the layout is there is A LOT of cliffhangers and you find yourself getting slightly annoyed by the sometimes lengthy arcs; it’s not really a show you you can often sit down, watch a episode or two, and be satisfied. I feel more comic book fans will enjoy the series more than the casual viewer but for the hardcore X Men fans, this is for you. On a final note, the opening theme is addictive as hell. May the gaming gods bring you glory and best wishes.

Subzero is a movie based around the animated series. Victor Fries loved his wife Nora with all his heart and was devastated when she became inflicted with a terminal illness; until he could find a cure, he froze her in suspended animation. After a tragic turn of events, Victor was mutated by his own cryogenic science and became Mr Freeze. With time ticking, he has a final option to save Nora but there seems to be only one match for her: Barbara Gordon. Kidnapping Barbara, Batgirl, it’s up to Batman and Robin to rescue her before Freeze may end up killing Barbara. I always loved Mr Freeze so I was glad he got an appropriate movie (we all know about the other Mr Freeze film). If you loved the animated series, you’ll love this movie. It does feel like a long episode but still has great performances and some sweet action. Best wishes and may the gaming gods bring you glory. 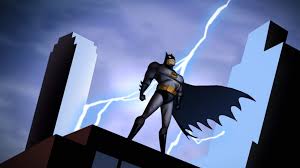 “I am vengeance. I am the night. I AM BATMAN!”- Kevin Conroy, portraying Batman and delivering the greatest I am speech of all time. Any 90’s nerd knows the classic opening noir with Danny Elfman’s perfect score and feels a chill when we catch that iconic image of Batman before the show begins. With four seasons, and four animated movies, Batman was edgy and dark as hell for a kid’s show. With dark, complex adult plots and extremely well acted characters the show didn’t pull punches. Whether it was the tragic two part Two-Face origin episode, or the creepy ass Mad Hatter episode to flushing out the epic story of Ras Al Ghul, we got to see the darker side of Batman’s lore come out. Not to say the show was all doom and gloom. Robin added some levity without being annoying or dragging the show down as much as Joker and Harley frequently brought on laughs without taking away from there menace. Kevin Conroy delivers a masterful voice performance as Bruce Wayne and Batman while Mark Hamill is iconic as Joker but there is too many great performances to name. I will say the suddenly artistic reset in season 4 may jar many fans, especially Joker’s appearance which is the worst of that seasons redesigns but the stories and voices remain just as good. In the end, I highly recommend the show to pretty much anyone. Best wishes and may the gaming gods bring you glory. 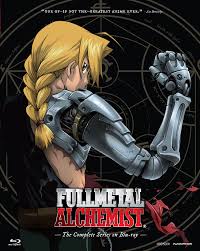 The ultimate rule to alchemy is equivalent exchange, you never get anything without a price for it. There are very few times in life I see something that totally shakes my life up and changes my outlook on a genre or a art form. Fullmetal Alchemist did this for me.

Edward and Alphonse Elrich are young brothers who have seen tragedy: their father is out to war and their mother tragically dies. In an attempt to revive her with alchemy, the brothers fail and are left nearly dead. Edward without his arm and leg, and Alphonse without a body, instead his soul encased in a suit of  armor. Edward, becoming a State Alchemist after being recruited by the Flame Alchemist Roy Mustang, vows to gain the knowledge and skill to set things right, setting forth on  an a epic journey with his brother to set everything wrong, fix the wrongs of the world around them, and face the embodiments of there sins and the people in there past…

Fullmetal Alchemist is probably the most heartfelt anime I’ve ever watched, weaving touching genuinely touching moments with pure tragic times. The characters are all compelling and memorable. Alchemy is a fascinating and imaginative power. The only real flaw I can see is the ending is a bit anti climatic and while exciting and captivating, it lacks the action level of say DBZ or Bleach but I’ve been told Fullmetal Alchemist: Brotherhood is more action packed, though I haven’t watched it yet. I highly recommend this fantastic anime. May the gaming gods bring you glory and best wishes everyone. 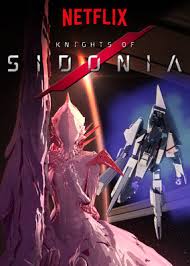 You ever wish John Carpenter’s Thing was mixed with space mechs or J.J. Abrams Star Trek was creepier? Well, here you go. Sidonia is the last bit of humanity left, a militarized colony in space, struggling to battle the Guana- giant, fleshy space creatures that cause mass devastation. Sidonia’s main defense are the Knights, mechanized suits of weaponized armor. Upon the brink of destruction, a young man emerges with an uncanny gift to pilot, but will that be enough to save him and humanity from the threats inside and out?

My feelings here are pretty mixed. Regardless, the show looks beautiful. My problem is I was truly invested in season 1, addicted even. There was intrigue, danger, creepy shit, and messed up political scheming going down. After the first season though, two fell flat for me. I couldn’t really dig the direction the story was going in; in lames terms it blew its load too soon, pardon the expression. If you watch season 1, its a fast, exciting, and creepy space adventure. After that- meh. May the gaming gods bring you glory and best wishes everyone.

“What happened in Class 3 twenty six years ago?” is the question that drives this strange, tragic and creepy anime. The story follows a class of kids that have the misfortune of being in a cursed class. Every year, if there is a Extra involved in there class, people in the class and there families begin dying. To counteract this, the school pretends a unlucky kid doesn’t exist as part of a tradition. New kid Koichi isn’t aware of this and acknowledges pale, one eyed girl Mei and so begins the curse and the fear who will go next as these kids try to discover how to break the curse.

I’m going to say this anime stole my heart with it’s creepy atmospheric tension, engaging and likable characters and great dialogue as part of a fascinating mystery. I binge watched the hell out of the short 12 episode series. For those new to anime and love a good psychological horror mystery or want a good quick anime to binge watch, I highly recommend Another. May the gaming gods bring you glory and best wishes everyone.