So after a long ass wait, we finally get a peak at the fourth in the Predator series. As well as being a huge Alien fan ( to an unhealthy degree people have said in the past), I do love me some Predator. On the whole, I loved the trilogy and I was excited to get a new movie after eight years.

I’ve got some weird comments, so just be aware. First, I hate when franchises add “The” as part of the title when its just part of the series; years and years ago I remember hearing the Alien prequel would be called “The Alien” and I remember groaning out loud in front of like 30 people. But, I digress.

I do like the suburban setting, which I find refreshing for the series on its own. Even including those abominable AVP movies, the settings were also diverse and the I always wanted to see more Predator, solo, in them; I’d love a Predator movie in the frozen tundra honestly. The Predator looks badass as ever and I’m glad they seem to be back to the more original designs than the more…shall we say different designs of the Predators in the previous film.

In the end, I have a bit of faith in this fourth movie and I hope for the best. May the gaming gods bring you glory.

Hanging out with my friend Autobot, he brought this trailer to my attention. I have to say, the art work immediately caught my eye right off the bat. There are really cool designs and a lot of striking neon colors with a interesting sounding story. May the gaming gods bring you glory, and check this trailer out.

You know those movies you hear about that either made people faint, barf, or psychologically scared them? Sometimes, in the case of the Exorcist, it becomes a pop culture icon. Years ago, we got the Human Centipede…

We begin with the exploits of two American college girls in Germany that get lost in the woods during a storm after there car breaks down; but have no fear, they find a not rapey scientist guy alone in a tricked out house. Well, the totally not creepy guy drugs them and they wake up in a basement laboratory with a dude who doesn’t speak a word of English and is really pissed. Creepy doctor explains his fascination with Siamese twins and how he plans to connect his three victims mouth to anus, mouth to anus. After one of the girl’s failed attempts at escape, he goes through with the surgery, creating his beloved Human Centipede..

So, to do this review, I have to put this into perspective: Human Centipede is a movie totally dependent of where your gross out threshold lies. If you are on the lower end of the spectrum, you will likely find this movie shocking and creepy, if you have a higher threshold, you may find morbid laughs in it. I see both but I found it as a mildly entertaining WTF film. There isn’t really any outlandish gore or nudity, its shock is all in the premise and the Dr. I do like the sad ending. In the end, it’s kinda meh but worth checking out for curiosity sake. May the gaming gods bring you glory.

Many a Marvel fan have wanted a Deadpool and Spider-man crossover in the MCU and maybe someday we will. Spider-man, a good-natured jester and Deadpool, a maniacal hit man that shoots as many jokes as bullets, I love the chemistry between the two. In this story, while not battling themselves, they are forced to battle a talented, dangerous assassin, Hit-Monkey. Yes, a cute white monkey in a little black suit going around John Wicking people. I laughed my ass off watching the two getting there asses kicked by a monkey, who is pretty badass. A huge reason to read this is the great comedic chemistry between Spider-man and Deadpool. If you want a quick read with some great jokes and cool fights, I recommend this book. May the gaming gods bring you glory.

I have to say I never had a real interest in Iron Fist for most of my comic fan-dom. He’s one of those characters that wasn’t prevalent in the old cartoons, never had a movie, and while I haven’t gotten to the Netflix show, I haven’t heard many decent reviews so I hesitant to pick up one of his stories…

Danny Rand was a privileged child who disappeared with his family in the mountains in search for the mythical city of Kun-Lun. He was the only one to reemerge, imbued with the power to channel his chi into a host of abilities and great martial arts skills. After years of fighting as the Iron Fist, everything from Danny’s past crashes down on him. Undead ninjas, Kun-Lun is in ruin, a fiend disguised as both his deceased father and mentor comes for him and his power is drained, leaving him powerless and broken down in this colorful Kung-Fu   epic…

I have to admit, this story wasn’t really my thing but I can respect it. The artwork is sweet and there are some cool fights. The story is a bit confusing if you aren’t familiar with Iron Fist’s story but if you enjoy old school type martial arts stories, you’ll get a more out of Iron Fist than I have. A special thanks to my friend Autobot for letting me borrow it and may the gaming gods bring you glory.

The House always win? Not with jokes like these. After the town takes away their daughter’s college scholarship, a couple (Will Ferrell/Amy Poehler) start an illegal casino in their friend’s (Jason Mantzoukas) house to make back the money. Sheesh. What is going on with comedies these days? Look, I’m not looking for groundbreaking stuff BUT […]

via THE HOUSE REVIEW — The MAD MOVIE RANTER

Between 17 and 18 I was fortunate enough to have a local video store downtown that specialized in horror movies and oh I had one hell of a list to search through. I discovered some of my all time favorites here and I discovered the wonders of horror from other cultures and my mind expanded. In no particular order, lets begin with… 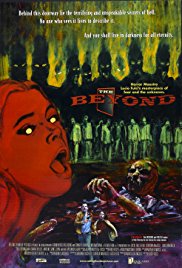 Part 2 of Lucio Fulchi’s unofficial “Gates of Hell” trilogy, Fulchi’s shocking imagery and the great score is a awesome mix. Because of this, I understand why people are scared of spiders, that’s for damn sure. If you want something really weird, check this picture out. 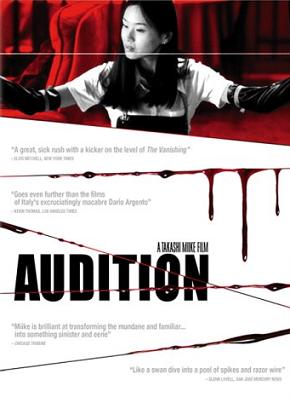 Crazy girlfriend movies are a dime a dozen these days but none of them compare to this crazy ass movie. Audition made me a bit scared to enter the dating scene because there’s never a feeling of fakeness and a shockingly realistic antagonist. I highly recommend this to new horror fans.

Guillermo Del Toro is an astounding director and while this isn’t totally a horror movie, it did give me nightmares for one particular part, because of a certain creature a decade later I still can’t forget. While not exactly a horror film, it’s one of the top 10 greatest films I’ve ever seen.

Much like Labyrinth, this Spanish ghost story is very deep and rides the line between conventional ghost story and sad character drama that may not be for everyone, but’s worth checking out if you like ghost stories. 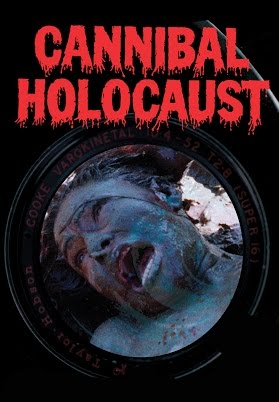 You know those stories you heard about the Exorcist where people fainted and had legitimate visceral reactions to it in 73? I had visceral reaction to this movie, quite possibly one of the most controversial films ever made. As a special, once we hit 1,000 subscribers here, I’ll talk in a lot more detail about Cannibal Holocaust but I’ll say now, for as powerful and thought provoking as it is, don’t bother if you suffer from weak constitutions. You’ve been warned.

I hope you all enjoyed this list and please follow and once we hit 1,000 followers, I’ll do a Cannibal Holocaust review. May the gaming gods bring you glory.